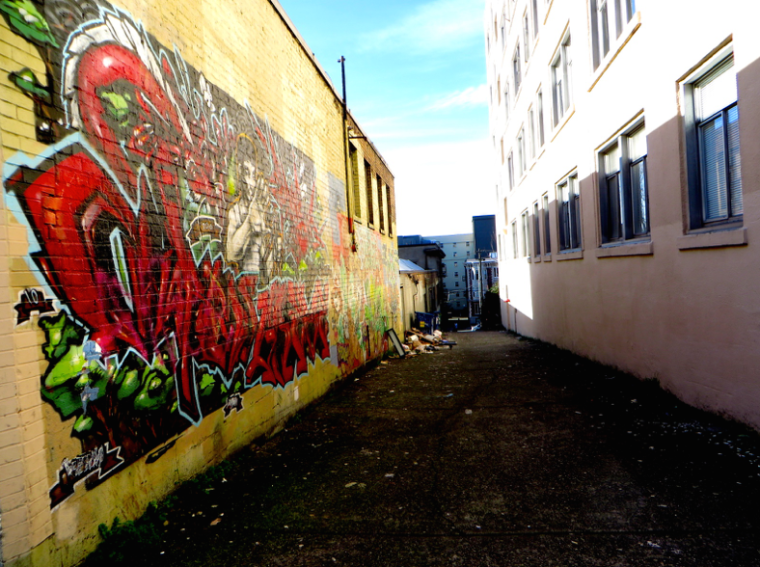 My friend Natasha and I are serious foodies, and recently we’ve taken our foodie expeditions to the Capitol Hill district of Seattle. Today, I’m going to take you all along with us on this adventure!

We have been planning to go to Crumble and Flake for months, but just haven’t been able to get to it because it turns out they’re only open around morningtime so it’s hard to make time to go. We found the shop on the corner of a busy intersection in Cap Hill. It’s a cute, tiny little bakeshop with only a handful of products on display. We decided to pick up a Mocha Cheweo and Mojito Macarons. For those that were unaware like ourselves at the time, the cheweo is essentially like a whoopie pie but denser like a soft cookie. Seeing as how there was absolutely no place to sit down and enjoy our desserts in Crumble and Flake or anywhere outside for that matter, we headed down the street to Marination Station for lunch!

This was my second time going to Marination Station, and, let me tell you, they do not dissapoint. I mean, if they went from a food truck to a full-on restaurant then it must be good! Basically, its Korean-Mexican fusion cuisine with a little Hawaiian influence to top it off. They got spam, kimchi, and the works all mixed together into one beautiful melting pot of cultural foods. Me and Nat both got the tacos for which they have several fillings you can choose from–miso ginger chicken, kalbi beef, spicy pork, or sexy tofu (and yes, that is what they call their tofu). I got the kalbi beef and spicy pork which were as delicious as they were the first time! Who knew that KBBQ+Tacos=Deliciousness??

We also finally got to have our dessert from Crumble and Flake! The Mojito Macaron was light and airy like a good macaron should be, and it honestly tasted of hints of mint-y citrus just like a mojito. Unfortunately, I wasn’t as much of a fan of the Mocha Cheweo because it was just waaay too cloyingly sweet. Maybe I should’ve bought some milk to go with it!

The Starbucks Reserve and Roastery Room has been a hot place to go to lately in Seattle seeing as how they are the only Starbucks store/cafe of its kind to open up so far. It is magically unlike any Starbucks you’ve ever been to. You definitely won’t see any frappucinos or plain lattes in this joint. It’s like coffee production site meets hipster cafe meets classy, high-tech lounge, and I absolutely love it. You can experience firsthand the roasting and packaging of each new Starbucks blend. The menu is small, but it includes coffee concoctions that only coffee connoisseurs would really know. They also give you little coffee biscuits and glasses of water to complement your caffeinated beverages. It’s just so…un-Starbucks-y(?) and so Seattle. And that’s a good thing since Starbucks originated in Seattle anyway! 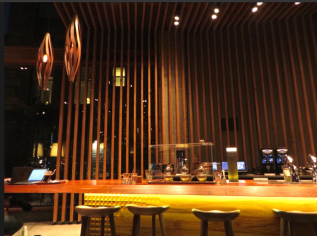 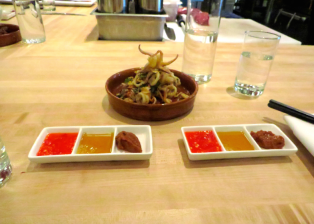 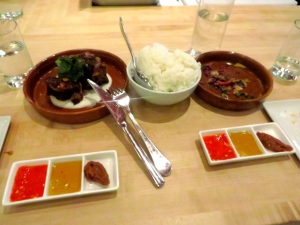 After hours of good vibes and talks at the Starbucks Roastery, we suddenly found ourselves starving and with no plan of where to eat for dinner. So we trekked onward! We started walking around and came upon this tiny restaurant called Trove. It didn’t seem like many people were there as the it seemingly consisted of a noodle and soup bar with a couple few people populating the inside. We debated for a while whether or not to go inside, but the hunger drove us to go out on a limb and try it!

Little did we know, it was probably one of the best decisions we could have ever made that day. Trove is an uber trendy Korean fusion restaurant with lots of twists from around the world. We ordered salt and pepper squid and oxtail. Our waiter started off by equipping us with some traditional Asian sauces like ssamjang, sesame-salt dip, and sweet chili sauce. Once our entrees came, we went to town. The salt and pepper squid was prepared with jalapenos and had a spicy flair. The oxtail was the dish that really stood out to me because it came nestled in this delectably tart Greek yogurt sauce. It provided the perfect counter to the slight gaminess of the oxtail.

This was the perfect way to end our day of foodie adventures. So if you’re a foodie-head like us and are headed to the Cap Hill district of Seattle, you should definitely give some of these spots a try!

If you have any more suggestions for restaurants to try in the Seattle area, let me know in the comments below! I’m always on the hunt for the latest hidden foodie treasures! 🙂

Join 744 other subscribers
Follow The Street Kat on WordPress.com 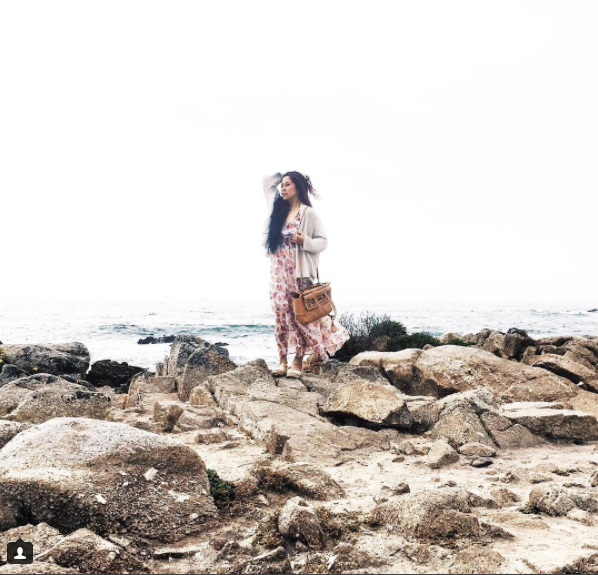 Oh hey, Katrina here! Welcome to The Street Kat! I blog about travel, fashion, beauty, lifestyle, and whatever else comes to mind. My hope is for TSK to inspire each and every one of you someway, somehow.